Who Wrote the Book of Isaiah? 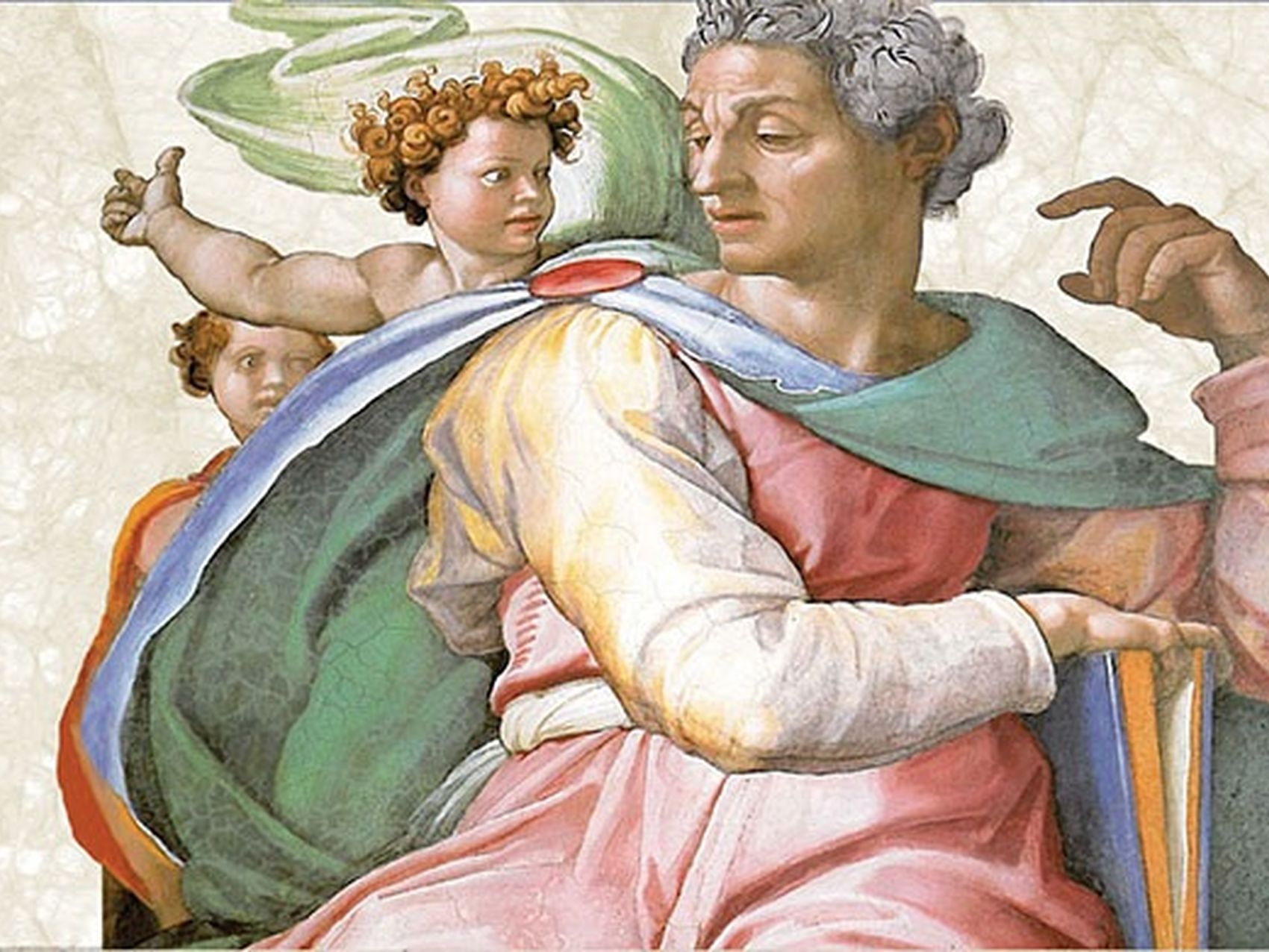 Scholars generally accept that the Book of Isaiah was at least partially written by the prophet Isaiah, during the eighth century BC. However, there’s also evidence that other authors made additions.

Evidence of other authors

There are numerous challenges in the Book of Isaiah that lead scholars to speculate about which parts were written by Isaiah himself, and what else was added and by whom. Most scholars agree that the prophet Isaiah likely only wrote a portion of the book, but recent scholarship also argues that even the portions he didn’t physically write originated with him in some form.

Scholars believe that the prophet Isaiah was a real, historical person who lived during the eighth century, when many of the events recorded in Isaiah historically took place. This fits with the timeline of chapters 1–39, where the Babylonian captivity clearly hasn’t taken place yet.

“Then Isaiah said to Hezekiah, ‘Hear the word of the Lord Almighty: The time will surely come when everything in your palace, and all that your predecessors have stored up until this day, will be carried off to Babylon. Nothing will be left, says the Lord. And some of your descendants, your own flesh and blood who will be born to you, will be taken away, and they will become eunuchs in the palace of the king of Babylon.’” —Isaiah 39:5–7

But then the timeline appears to skip ahead about 150 years.

The destruction of Jerusalem and the Babylonian exile took place in the sixth century, but in chapters 40–55, Isaiah speaks about these events as though they’ve already happened.

The opening passage of Isaiah 40 suggests Israel’s sin has already been paid for:

“Comfort, comfort my people,
says your God.
Speak tenderly to Jerusalem,
and proclaim to her
that her hard service has been completed,
that her sin has been paid for,
that she has received from the Lord’s hand
double for all her sins.” —Isaiah 40:1–2

Isaiah 42 appears to speak of the destruction of Israel as an event in the past:

“Who handed Jacob over to become loot,
and Israel to the plunderers?
Was it not the Lord,
against whom we have sinned?
For they would not follow his ways;
they did not obey his law.
So he poured out on them his burning anger,
the violence of war.
It enveloped them in flames, yet they did not understand;
it consumed them, but they did not take it to heart.” —Isaiah 42:24-25

And in Isaiah 43, the Jews seem to be in Babylon:

“This is what the Lord says—
your Redeemer, the Holy One of Israel:
‘For your sake I will send to Babylon
and bring down as fugitives all the Babylonians,
in the ships in which they took pride.
I am the Lord, your Holy One,
Israel’s Creator, your King.’” —Isaiah 43:14

In chapter 56, Isaiah jumps ahead again, to a time when the second temple is at least under construction. The narrator remains in this period until the end of the book.

“And they will bring all your people, from all the nations, to my holy mountain in Jerusalem as an offering to the Lord—on horses, in chariots and wagons, and on mules and camels,” says the Lord. “They will bring them, as the Israelites bring their grain offerings, to the temple of the Lord in ceremonially clean vessels.“ —Isaiah 66:20

So it appears that there are three distinct timelines in Isaiah, and the time between them is so great that they couldn’t have been written in the present by the same person. While other prophets talk about the future, Isaiah seems to talk in the future.

If you read the Book of Isaiah, you’ll notice a huge shift in the style at chapter 40. After 39 chapters of prose, the next 27 chapters are poetry. From here on, there are also no more mentions of Isaiah.

So what do scholars do with all this?

Scholars have developed a variety of theories to explain the gaps in the timeline and the stylistic changes. While there is wide agreement about the evidence, there isn’t as much consensus on what to do with that evidence.

These authors are also referred to as First Isaiah, Second Isaiah, and Third Isaiah.

Others argue that Isaiah likely wrote an even smaller section of the book, possibly as few as seven chapters (6–12). The rest of the book is the work of numerous disciples who lived over the next 400 years or so.

During the return from captivity, later disciples added more.

According to this theory, you don’t simply have three Isaiahs. You have hundreds. And the timeline is no longer divided into three neat sections. Portions of 1–39 were written during the exile. Portions of 40–55 really were written before the exile.

It gets complicated quickly.

Isaiah is the source of it all

Still others, like Dr. John Oswalt, argue that Isaiah was the original source for all 66 chapters, but that the book was assembled over the years from his collected works: his speeches, sermons, talks, and comments.

“If you know Luther, you know table talk, his comments sitting at table that were collected together. I'm not at all sure that Isaiah himself wrote the book as we have it. However, I do believe that all that is in the book originated with Isaiah and probably that his disciples then were the ones who collected what he said and commented on and put it in its present form.” —Dr. John Oswalt

Isaiah is the only author represented in the book. As far as we know, the book has always existed as a single collection, and it has always been called Isaiah. The oldest copy of Isaiah we have is from the Dead Sea Scrolls, dated from around 175 BC. It’s a single scroll from end to end, with no divisions or signals from a copyist that there is some sort of change between chapter 39 and 40.

Oswalt also believes it makes sense that Isaiah would speak to people in the future:

“I believe the reason is Isaiah had experienced the exile of the northern kingdom during his lifetime, and he is aware of the terrific implications of exile. By inspiration, he knows that Judah will be exiled as well. . . . I think it's that sense that ‘Okay. I know what you're going to go through. I know what the exile could mean. God has failed, but I want you to know that this God who delivered Jerusalem from Sennacherib is the same God who can deliver you from Babylon.’ I think that's why it has this unusual shape.”

So who really wrote Isaiah?

While scholars disagree about exactly how to interpret the signs of multiple authors, there’s a common thread: the prophet Isaiah wrote the book of Isaiah—with help. It’s possible that it is simply a collection of his written and spoken words. It’s also possible that his original writings were expanded on by later priests living during and after the exile.

Either way, the book has been preserved in this form since ancient times, and both Jewish and Christian traditions accept it as the inspired Word of God. 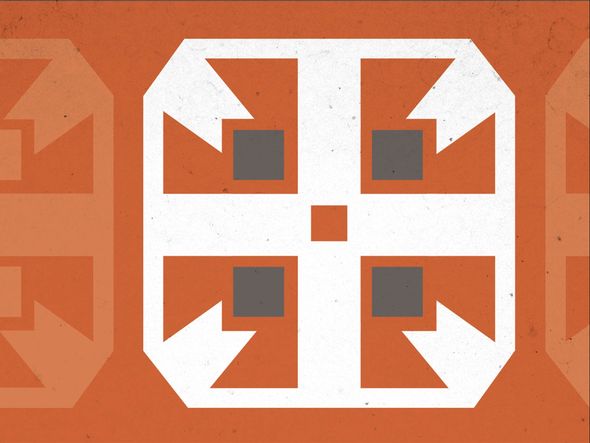 3 Reasons Why You Should (Re)consider the Doctrine of Justification When we reflect on the meaning of salvation—and on our piety, mission, and life together—our thought necessarily engages...
Your form could not be submitted. Please check errors and resubmit.