Who wrote the book of James? 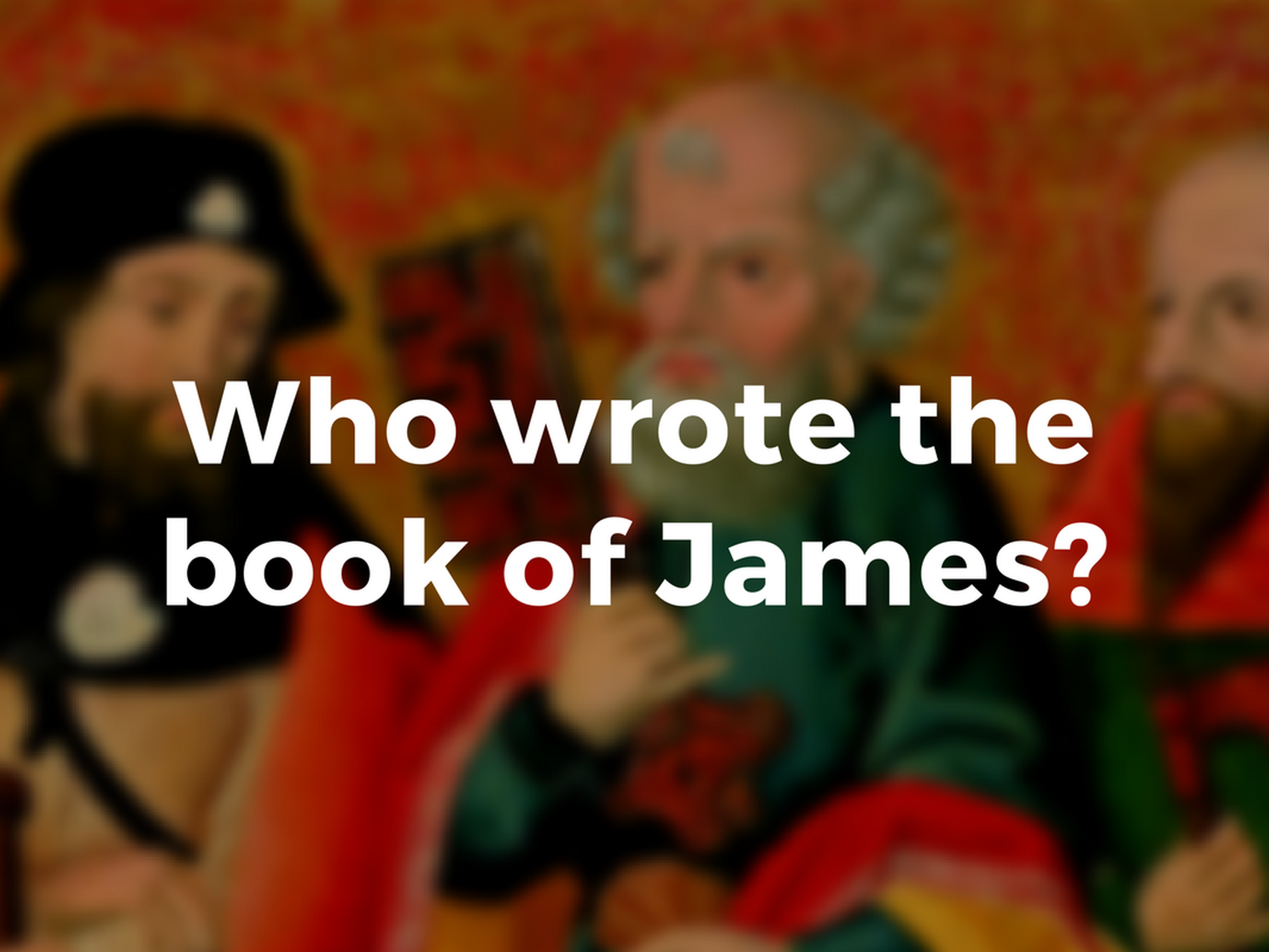 According to James 1:1, the letter is written by James himself. He was the son of Joseph, a construction worker who originally lived in Nazareth in Galilee.

He is always named next after Jesus in lists of Jesus’ brothers, so he was presumably considered to be Jesus’ next younger brother.

It’s also possible that James was the oldest of Jesus’ cousins if one follows Jerome’s interpretation that adelphos means “cousin,” the children of Mary wife of Clopas, also identified as “the mother of James and Joses.”

James was a prominent figure among the communities of the followers of Jesus living in Palestine in the first century. Paul names him, along with Cephas (Peter) and John, an acknowledged “pillar” of the Jerusalem community (Galatians 2:9); emissaries from that community are designated by Paul as “from James” (Galatians 2:12). Acts tells us that James is the only one whom Peter wanted informed about his (divinely orchestrated) release from prison (Acts 12:17). James chaired the so-called Jerusalem Council (Acts 15:13–21), and Paul visited him and took advice from him on his final visit to Jerusalem (Acts 21:18). On this virtually the whole tradition of literature on this work is agreed.

However, was it really James who wrote the book? Or was it simply attributed to him? This issue involves several questions.

Let’s take a look at each of these questions.

But before we do, let's consider why the book of James is in the Bible in the first place. Peter H. Davids explains:

1. Did James know Greek well enough to have written this letter?

The issue is not whether James would have been able to communicate in Greek, but whether he would have commanded the quality of Greek needed to write this letter.

It is questionable whether a person such as James—the second brother in an artisan family with at least seven children—would have access to sufficient Greek education to have composed some of the better Greek in the New Testament and sufficient rhetorical education to demonstrate the skill found in this work.

That doesn’t mean James wasn’t the author. The usual solution is to appeal to the use of an amanuensis, who would be responsible for putting James’s ideas into good Greek. Many letter writers in the first century did just that—including Paul.

That is possible, and it is true that an amanuensis, necessary for the process of writing in any case, was sometimes given a lot of liberty in the composition of a letter.

But at what point does an amanuensis become a coauthor or even the main author of a work? If he is responsible for the style and wording, is he not at least a coauthor? How would one recognize what is from the implied author and what is from the “secretary” if one does not have works that are undisputedly in the wording and thought forms of the author?

These are difficult questions to answer.

First, if the implied author approved the sending of the work, one would consider it “his work” even if the language and rhetoric of the work were not his. We do this all the time today when we say, “I received a letter from my senator,” when in all likelihood the senator had told an aide to write a letter saying thus and so to anyone who questioned this or that stance of his. We also do the same when a work is ghostwritten.

Second, while James probably did not have a good education, and perhaps no education at all, given surprising turns of fate in life and the lack of knowledge about James’s biography, we cannot know with certainty that he did not have an education.

It is true that James’s speeches in Acts are certainly in Lucan style (as are all other speeches in Acts) and interpretation, and references to James outside the New Testament are coated with legendary material; thus, we have no other evidence than the letter that would indicate his education, style, and manner of thought.

We know even less about a purported amanuensis and James’s relationship to this person and thus the degree to which he would have been capable of or entrusted with the composition of this letter.

Thus without having a detailed biography of James’s youth, we will remain agnostic on this question of how educated he might have been, while acknowledging that historical probability would attribute what we see in the letter to an amanuensis of some type.

2. Did James know about Paul’s letters?

This question is more significant.

Three aspects of this passage remind one of Paul:

If these three aspects are in fact borrowed from Pauline letters, then James must be later than Romans and Galatians, for Romans 3:28 and Galatians 2:16 are the key passages in which Paul asserts that one is justified by faith and apart from “works of the law,” which would be the statements James is opposing.

It’s likely James was aware of Paul, but was not immediately familiar with Paul’s specific writings. Galatians was written as early as 49 CE, and Romans was written during Paul’s final stay in Corinth around 56 CE—not enough time to have traveled from Corinth to Rome and become influential enough to make their way back to Palestine, where James would have been writing in the late 50s, and certainly no later than 62 CE, when he was martyred.

3. Was James prominent enough that a later writer or community might have used his name?

This question is more difficult to answer. It depends on knowing whom Christians would have pointed to as influential figures in the period before 230 CE (i.e. the time of Origen). James certainly did have some continuing importance in that Josephus mentions his death (Ant. 20.200–201), as does Hegesippus (according to Eusebius, Hist. eccl. 2.23). The Protevangelium of James (mid- to late second century CE) claims to have been written by him. He is mentioned, according to Jerome (De viris illustribus 211–213) in the Gospel of the Hebrews, and apparently also by Clement of Alexandria (again according to Eusebius, Hist. eccl. 2.1.3–4), as well as a number of Gnostic or semi-Gnostic works (Apocryphon of James, First Apocalypse of James, Gospel of Thomas, Pseudo-Clementine Recognitions).

However, most of these works are late second century or third century (some are fourth century). Anything written after the mid-third century would be after our letter of James was circulating in the church. Most of these works were looking for an anti-Paul figure, and James fit the bill because he was not well known and yet had prominence as a brother of Jesus and as a figure in Acts and Galatians. Our letter is definitely not Gnostic (it has nothing to say about knowledge, mysteries, or secret revelation, for instance, although it does refer to knowing this or that), nor is it interested in the martyrdom of James or of anyone else (other than the obscure reference in Jas 5:6), for that matter. In other words, it does not fit the pattern of interest found in the references to and use of James in post-first-century works. In fact, its interests (including its lack of interest in Christology) are those of the first century, not of the second.

4. Why is the letter of James so poorly attested until the period of Origen?

If James was a genuine letter of James the brother of Jesus, or even from his community after his death, why was it so poorly attested for so long?

First, James originated in a part of the world that was thrown into turmoil five or so years after his death.

He was reportedly the leader of the Jerusalem community of the followers of Jesus, who, tradition claims, fled to Pella before the Romans reached Jerusalem and whose city was, therefore, destroyed after they left. In other words, both his community and his natural constituency, ethnic Jewish followers of Jesus, were in disarray after 66–70 CE, a tragedy that was compounded by later Jewish uprisings elsewhere in the Roman world and the second Jewish war of 133–135 CE.

Second, it is not surprising that as James became used by Gnostic and other groups, there would be some, such as Origen, who would want to capture him for what became known as the orthodox stream of Christianity. Origen, living in Palestine, was well placed to make use of a document valued (at least in some circles) there.

Third, James was not useful in the doctrinal controversies of the second and following centuries. The letter has little to say about Jesus—at least not with respect to what was being debated about him during those centuries—or about ecclesiology, so it is not surprising that this letter was neglected.

This, of course, also makes it unlikely to have been composed in the second century, unless the writer was skillfully and purposely able to avoid current issues in the attempt to create a verisimilitude of an earlier period.

4 reasons James, the brother of Jesus, was the author

The best explanation of all the data is that the letter of James was written immediately after the death of James, the brother of Jesus. It made us of his sermons and saying.

Still, it would be presumptuous to argue that the work could not have been produced during the lifetime of James or that James would never have put his own sermons and sayings together.

Learn more about the book of James

This post is adapted from material found in A Theology of James, Peter, and Jude, an online course taught by Peter H. Davids. Sign up for the course. 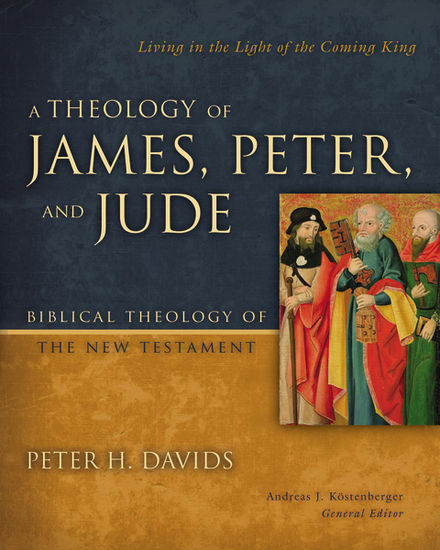 A Theology of James, Peter, and Jude Peter H. Davids
In this volume, Peter Davids offers a comprehensive study of the General or Catholic Epistles of James, 1-2 Peter, and Jude, which are often insufficiently cove...
Hardcover, Printed
Not Available Request an Exam Copy
Featured Course 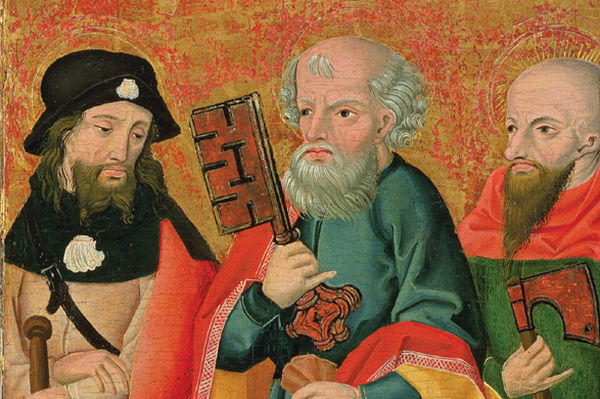 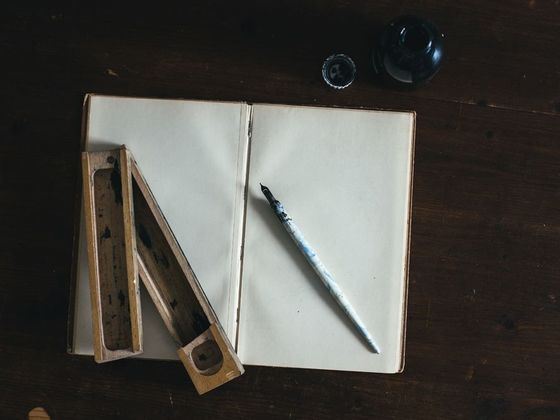 Who Was James? There is still an open question surrounding the authorship of James. There are three main contenders in the new testament two of whom were apostles, one of whom was executed fairly early on ...
ZA Blog June 13, 2019 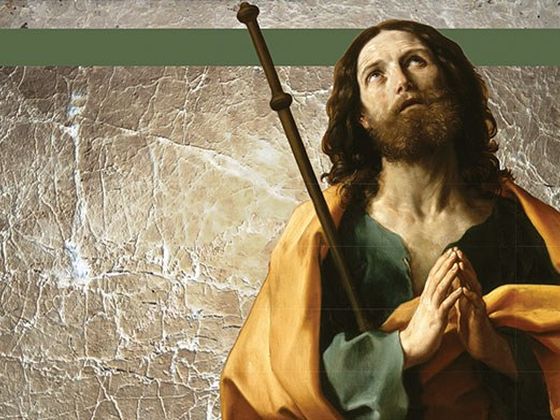 What James Says about Taming the Tongue With our tongues, we can speak truth or we can speak lies. We can build people up or we can tear them down. Sometimes we say the wrong thing. Or we fail to say the right thing. Everyone has ...
ZA Blog March 12, 2019 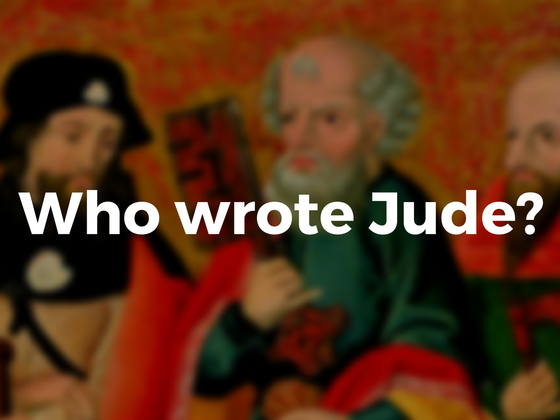 Who wrote Jude? The book of Jude itself tells us that it was written by “Jude, slave of Jesus the Anointed One, and brother of James.” There is a consensus that the “brother of James” identifies the author...
ZA Blog September 7, 2017
Your form could not be submitted. Please check errors and resubmit.