A Legacy of Preaching, Volume Two---Enlightenment to the Present Day 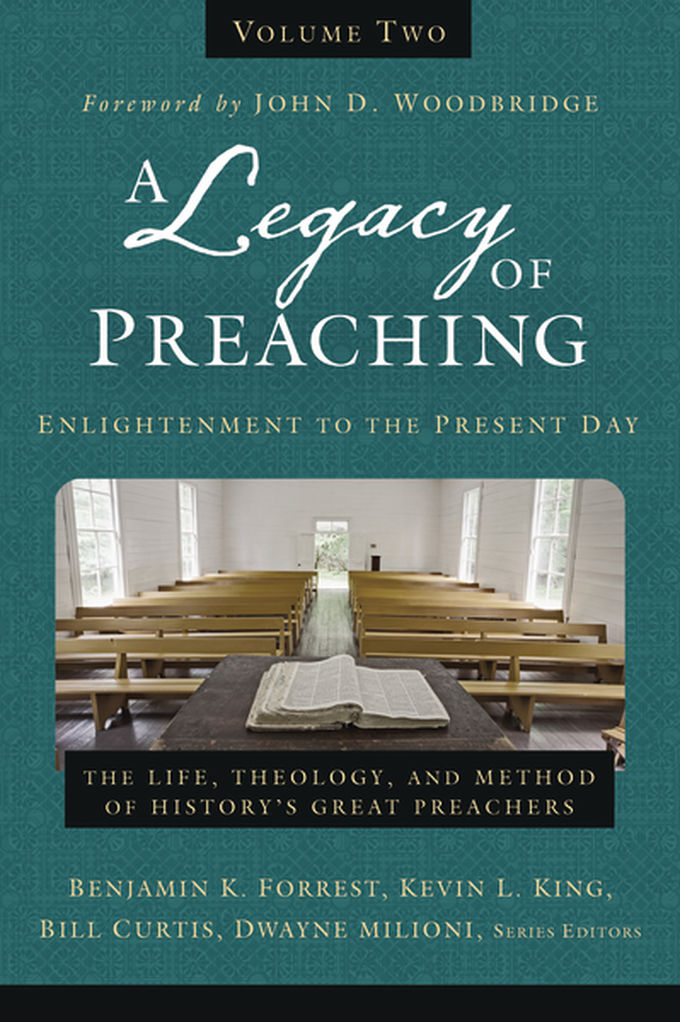 A Legacy of Preaching, Volume Two--Enlightenment to the Present Day explores the history and development of preaching through a biographical and theological examination of its most important preachers. Instead of teaching the history of preaching from the perspective of movements and eras, each contributor tells the story of a particular preacher in history, allowing these preachers from the past to come alive and instruct us through their lives, theologies, and methods of preaching.

Each chapter introduces readers to a key figure in the history of preaching, followed by an analysis of the theological views that shaped their preaching, their methodology of sermon preparation and delivery, and an appraisal of the significant contributions they have made to the history of preaching. This diverse collection of familiar and lesser-known individuals provides a detailed and fascinating look at what it has meant to communicate the gospel over the past two thousand years. By looking at how the gospel has been communicated over time and across different cultures, pastors, scholars, and homiletics students can enrich their own understanding and practice of preaching for application today.

Volume Two covers the period from the Enlightenment to the present day and profiles thirty-one preachers including:

Volume One, available separately, covers the period from the apostles to the Puritans and profiles thirty preachers including Paul, Origen of Alexandria, Augustine of Hippo, Francis of Assisi, Martin Luther, Jonathan Edwards, John Wesley, George Whitefield, and more.