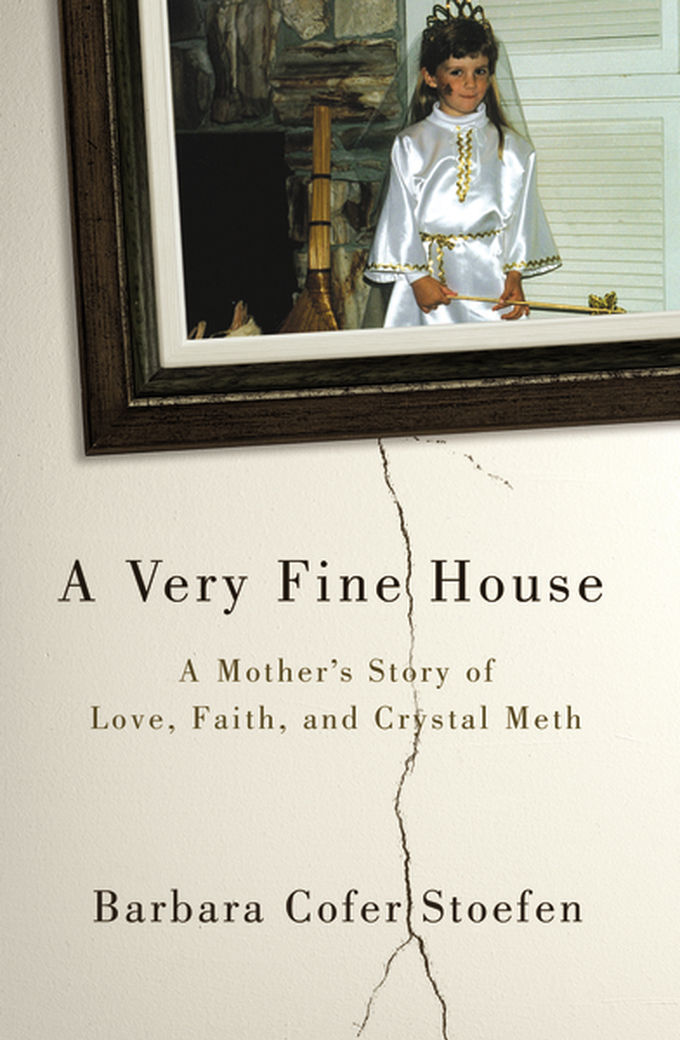 A Very Fine House is an intimate memoir of a mother’s Norman Rockwell family turned upside down by her daughter’s descent into meth addiction and crime. Bright and beautiful, Annie is an unlikely candidate for meth. Living fast and hard on the streets of Bend, Oregon, she commits crimes against herself, the community, and her own family.

The author chronicles her child’s addiction in a way that other writers have not written about addiction. What begins as an obsession to save her daughter, and a rage against God for allowing drugs to devour her college-age girl, transforms into release in a life changing letting-go-and-letting-God moment.

The reader is first introduced to the Stoefen family and Barbara’s dream for its idyllic future. Kinks in the perfect life appear. When Annie’s alcoholism, drug use, and criminality ensue, Barbara fights to save her. There is all-consuming grief and the devastating loss of not just her daughter, but her dream for her own life as well. Barbara eventually finds support and a new way of thinking. While she continues the battle to save her daughter, she ultimately finds the courage to save herself. The conclusion deals with Annie’s recovery—and Barbara’s. Both experience a spiritual awakening and are transformed. A new and better dream for Barbara’s life is born.

Barbara Cofer Stoefen is a drug prevention activist in Oregon and advocate for recovering addicts. She presently serves as president of the Meth Action Coalition, a nonprofit organization providing education and community awareness on all drugs of abuse. Barbara is a graduate of the Community Anti-Drug Coalitions of America’s (CADCA) National Coalition Academy, and is an active member of several coalitions working to reduce drug and alcohol abuse among minors. Barbara holds a bachelor’s degree in business administration and spent her early career in human resource management at well-known high-tech Silicon Valley companies. Barbara has been married to Pete for thirty-two years. They have two adult children, Annie and Jeff.