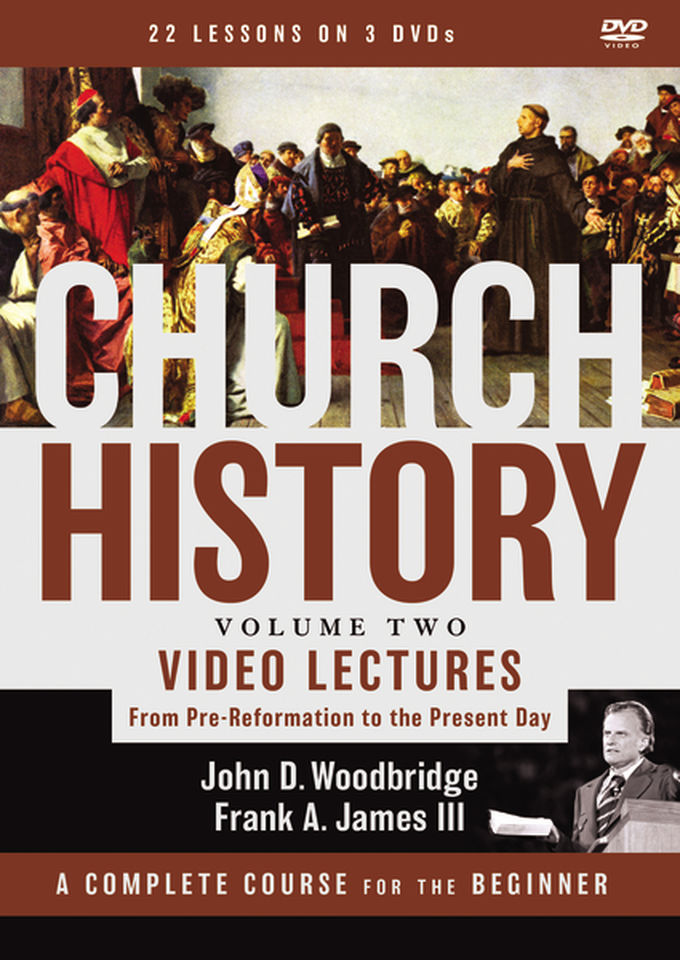 Church History, Volume Two Video Lectures features 22 lessons (on 3 DVDs) and offers a unique contextual view of how the Christian church spread and developed from Reformation times to the present. It did so not in a vacuum, but in a setting of times, cultures, and events that both influenced and were influenced by the church. These lectures help explore the integral link between the history of the world and that of the church.

A companion to the widely used textbook Church History, Volume Two by John D. Woodbridge and Frank A. James III, the lectures feature the authors teaching through each chapter in the book. Designed with the student in mind, each lecture is approximately 30 minutes in length. The lectures recount the ups and downs, the triumphs and struggles, of the Christian movement. Primary attention is given to the history of Christianity in the West, but developments in Africa, Eastern Europe, Asia, and Latin America are also covered.

Useful for traditional students, students in distance and online courses, and independent learners alike, these lectures provide a full introduction to church history from the period just prior to the Reformation through the next five hundred-plus years.

2 - The Renaissance and the Christian Faith (37 min)

4 - The Swiss Reformations: The Maturation of International Calvinism (33 min)

5 - Radicals and Rome: Responses to the Magisterial Reformation (30 min)

7 - Refining the Reformation: Theological Currents in the Seventeenth Century (35 min)

9 - Christianity and the Question of Authority (17th Century) (34 min)

16 - Nineteenth-Century Christianity in the British Isles: Renewal, Missions, and the Crisis of Faith (36 min) 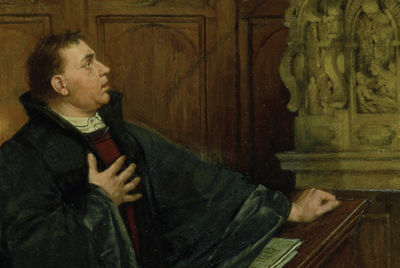 Church History: From Pre-Reformation to the Present Day, featuring scholars John D. Woodbridge and Frank A. James III, traces the growth of the modern church within the cultural, intellectual, and political contexts of the surrounding world. 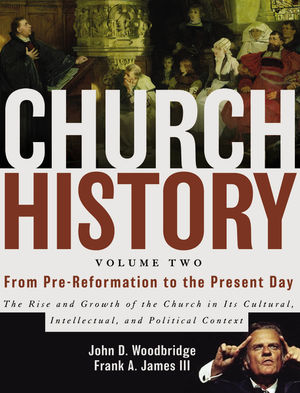