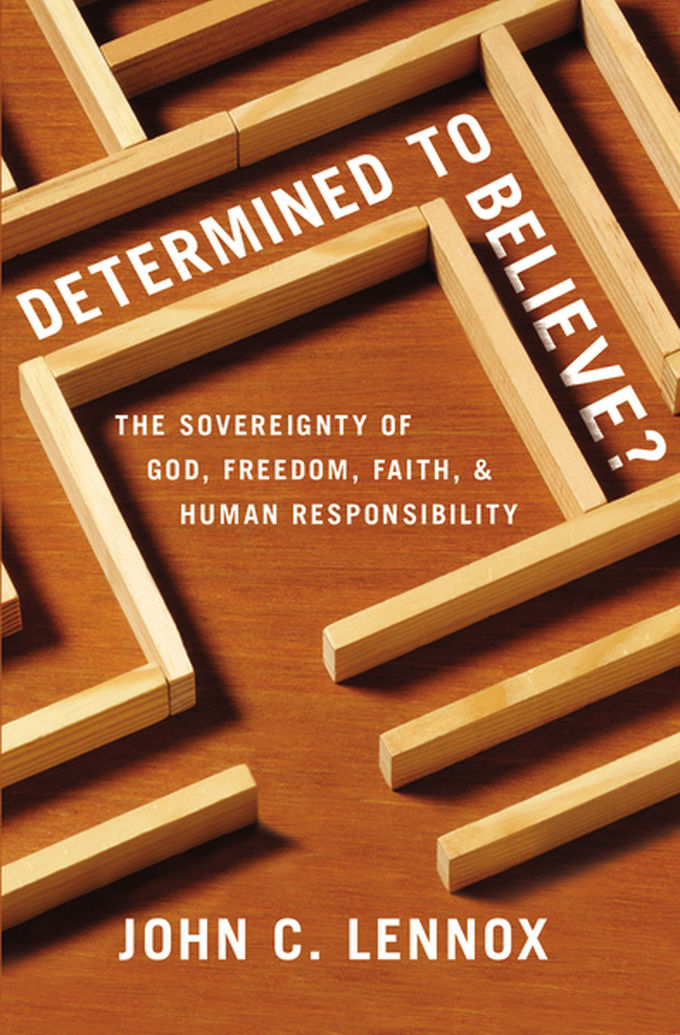 Determined to Believe? is written for those who are interested in or even troubled by questions about God's sovereignty and human freedom and responsibility. John Lennox writes in the spirit of helping people to come to grips with the biblical treatment of this issue for themselves. In this comprehensive review of the topic of theological determinism, Lennox seeks firstly to define the problem, looking at the concepts of freedom, the different kinds of determinism, and the moral problems these pose. He then equips the reader with biblical teaching on the topic and explores the spectrum of theological opinion on it. Following this, Lennox delves deeper into the Gospels and then investigates what we can learn regarding determinism and responsibility from Paul's discussion in Romans on God's dealings with Israel. Finally Lennox tackles the issue of Christian assurance. This nuanced and detailed study challenges some of the widely held assumptions in the area of theological determinism and brings a fresh perspective to the debate.

John C. Lennox (PhD, DPhil, DSc) is Professor of Mathematics in the University of Oxford, Fellow in Mathematics and the Philosophy of Science, and Pastoral Advisor at Green Templeton College, Oxford. He is author of God's Undertaker: Has Science Buried God? on the interface between science, philosophy, and theology. He lectures extensively in North America and in Eastern and Western Europe on mathematics, the philosophy of science, and the intellectual defense of Christianity, and he has publicly debated New Atheists Richard Dawkins and Christopher Hitchens. John is married to Sally; they have three grown children and four grandchildren and live near Oxford.