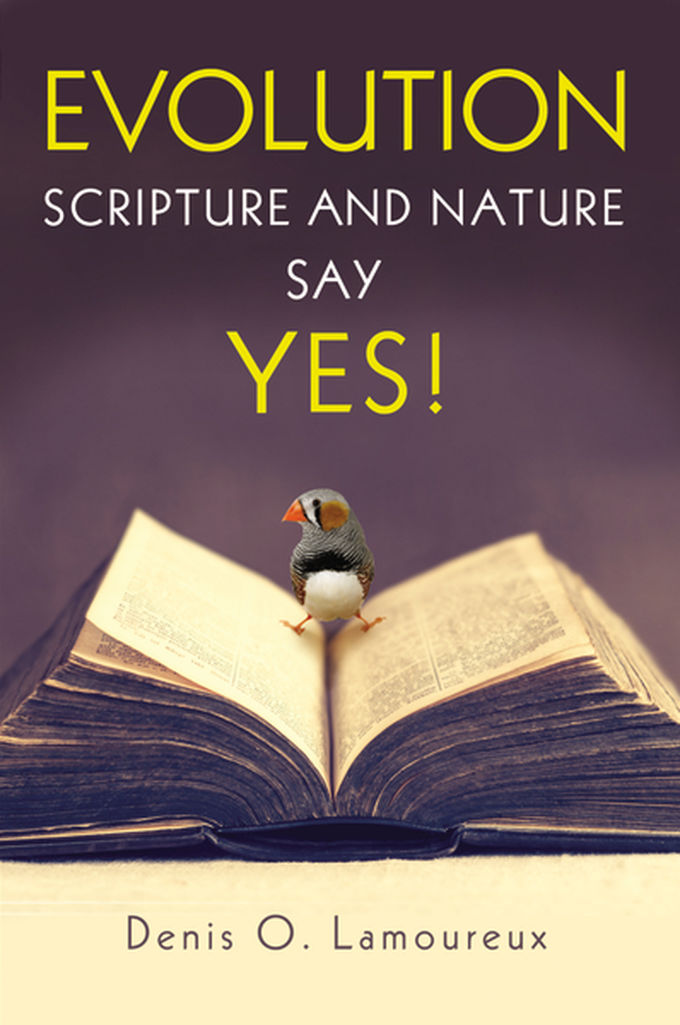 Christians throughout history have believed that God reveals himself both through Scripture and nature. The metaphor of God’s Two Books is often used to represent these two divine revelations.

The Book of God’s Words is the Bible. Scripture reveals inerrant spiritual truths. These include, the God of Christianity is the Creator of the heavens and the earth, the creation is very good, and only humans are created in the Image of God (Gen. 1:1, 27, 31).

The Book of God’s Works is the physical world. Nature declares God’s glory, eternal power, and divine nature (Ps. 19:1; Rom. 1:20). Through the gift of science, our Creator has blessed us with the ability to explore and understand the structure, operation, and origin of his creation.

Together God’s Two Books offer us a complementary divine revelation of who created the world and how he created it.

A majority of Americans view science and religion as being in conflict, according to the Pew Research Center. Christians and non-Christians alike share this view, yet if this perceived conflict misrepresents the relationship between modern science and Christian faith, then it is both unhelpful and unnecessary today.

In Evolution: Scripture and Nature Say Yes, theologian and scientist Denis O. Lamoureux reviews several options for embracing biblical Christianity and findings of science, including biological evolution. Holding to a high view of Scripture alongside an expert appreciation for scientific discovery, Lamoureux further outlines a way to understand passages referring to the natural world in the Bible and also demonstrates how modern science can point toward God.

Lamoureux shares his own story along the way, recounting struggles many readers will relate to on his journey toward PhDs in both theology and biology and a fruitful relationship between the two.

Topics in this book include:

Denis Lamoureux is Associate Professor of Science and Religion at St. Joseph's College in the University of Alberta, the first tenure-track position in Canada dedicated to teaching and research on the relationship between scientific discovery and Christian faith. Lamoureux is the author of Evolutionary Creation: A Christian Approach to Evolution; I Love Jesus and I Accept Evolution; and Darwinism Defeated? The Johnson-Lamoureux Debate on Biological Origins.

The singular contribution of this book is the emphasis on the problem in the church and in the science laboratory on either-or thinking, and Denis Lamoureux proves this is a false and dangerous dichotomy. In Evolution: Scripture and Nature Say Yes!, Lamoureux encourages Christians to listen to the Bible and to science. Honest, fair, and reasoned listening leads to an explosion of joy and freedom as one sees in both the Bible and nature the glory of our God. I pray that Christians across the spectrum will give this book a fair hearing. If they do, we will all grow. -- Scot McKnight, Julius R. Mantey Professor of New Testament, Northern Seminary

Readers will be enthralled by Denis Lamoureux’s compelling personal story and his compelling evidence. His strong Christian testimony and his conviction that evolution is our best way to understand God’s creative work can be life-changing for those who feel trapped in the belief that they have to choose between creation and evolution. The evidence says they don’t, and Lamoureux’s clear presentation tells them why. Even those who are not inclined to accept an evolutionary model for creation will find a new appreciation for how committed Christians who take the Bible seriously can accept such a model and yet maintain the integrity of their faith. -- John H. Walton, Professor of Old Testament, Wheaton College

In clear and engaging fashion, Dr. Lamoureux weaves together the tales of his own spiritual and intellectual wrestlings, showing how “evolutionary creation” enables him to become an “intellectually fulfilled theist.” I especially appreciate his recurring exposure of the fallacious either/or thinking that we trap ourselves with! Agree with him or not (or a little of both!), you will find Lamoureux a worthy conversation partner. -- Jack Collins, Professor of Old Testament, Covenant Theological Seminary

Denis Lamoureux’s elegant biblical and biological scholarship is presented at a level accessible to anyone and illuminates a path where Christians can engage both the Word of God and biological science in harmonious dialogue. Lamoureux is intimately aware of the struggles faced when we look for peace between the evidence for evolution in the natural revelation of God and the Truth in the Holy Scriptures. Trained to the doctoral level in both theology and biology, he utilizes his own journey through these struggles to provide a pastoral and accommodating exposition of the intersection between the ancient science presented by the Holy Spirit-inspired biblical writers and the compelling evidence of a God-ordained and sustained process of evolution. -- Nancy Halliday, PhD, Associate Professor of Cell Biology, University of Oklahoma College of Medicine

This is a successful and effective academic project, but more than this, it is an utterly convincing decades-long autobiographical account of God’s faithful revelation through the author’s attentive reading of both the Book of God’s Word, written in Scripture, and the Book of God’s Works, written in the material creation that science is privileged to consider. While arguing for an evolutionary dimension to God’s creation, the author is concerned to refute damaging skepticism towards scientific insight, on the part of theologically conservative North American Christians. The outcome provides a more vigorous witness to a scientifically savvy world . . . which includes both young people being raised in Christian communities, and unbelievers for whom the Church seeks an entrée for evangelism! -- Ian Johnson, Professor of Biological Sciences, Bethel University

Denis O. Lamoureux is passionate about integrating science and a biblical-based faith in regards to the origins and evolution discussion. He writes in an understandable fashion for the layperson and scientist alike, clearly explaining the scientific and theological rationale for the evolutionary creationist perspective while maintaining a high regard for biblical inerrancy and scientific information. -- Hal Reed, PhD, Professor of Biology, Department of Chemistry and Biology, Oral Roberts University

Every year students in high school and college who come from Bible-believing churches are faced with the dilemma, “Do I give up my faith and listen to what the science teachers say, or do I reject science and keep my faith?” This scenario has played out for all too many and for all too many years! Now Dr. Lamoureux, like a “Catcher in the Rye,” uses his advanced degree studies in theology and biology to give students and the church a way to keep their faith, see even more glorious things in Genesis 1, and yet grasp all that the best science has to offer. I recommend this book to Intervarsity staff (my former co-workers in the academic world), pastors, parents, and students who are currently struggling with the “literal” interpretation of Genesis and what the science texts and professors are saying. Carefully working through this book will help strengthen faith and open otherwise closed gateways to the exciting world of God’s creation as science is coming to understand it. -- Terry Morrison, PhD, Emeritus Director, Faculty Ministry, Intervarsity Christian Fellowship

This book is a magnificent contribution to Evangelicalism. It is a searchlight cutting through the fog of the Bible vs. science debate. Lamoureux shows how evolution and all of science can be integrated with a full commitment to Jesus Christ and to the divine authority of Scripture. Its crowning benefit is that every chapter breathes out Jesus! -- Paul Seely, author of Inerrant Wisdom: Science and Inerrancy in Biblical Perspective

In Evolution: Scripture and Nature Say Yes!, Dr. Denis Lamoureux uses his personal experiences to powerfully illustrate why so many Christian students lose their faith in college over questions of faith and science. He then provides a remarkably accessible and comprehensive outline of the various assumptions that Christians make regarding how they interpret Scripture and understand natural history, opting for the view that the science in Scripture ref lects the ancient understanding of nature at the time the Bible was written. Finally, he argues persuasively that remarkable evolutionary pathways point to an intelligently designed universe and uses the writings of both Charles Darwin and Richard Dawkins to show how they struggled with the clear evidence of design in nature. -- Walter Bradley, PhD, Emeritus Professor of Mechanical Engineering, Baylor University

This is a great book to hand to a Christian student or friend who is asking questions about evolution. Denis Lamoureux, a pioneer of Christian engagement with evolution as both a theologian and a scientist, roots his arguments in the classic doctrine of the two books---God’s word and God’s world. But even more than that, his pastoral heart comes through in these pages as he shares his own story. Denis shows that people don’t have to choose between Scripture and nature but can say “Yes!” to both. -- Deborah Haarsma, President of BioLogos

Anyone who has ever wondered about the relationship between Christian faith and modern science should read this book. It makes a crystal clear and highly compelling case for calling a halt to the alleged warfare between Christianity and evolution. Denis Lamoureux’s unique personal story as a theologian-scientist, combined with careful scholarly argumentation and unashamed faith in Jesus, makes this book very hard to put down. It will be an oasis in the desert for many readers. Unlike so many other writings on science and religion, this book is generous toward other views and invites readers to draw their own conclusions. -- Jeff Greenman, President, Regent College