A Biographical History of the Christian Church
Ruth A. Tucker
Not Available Request an Exam Copy 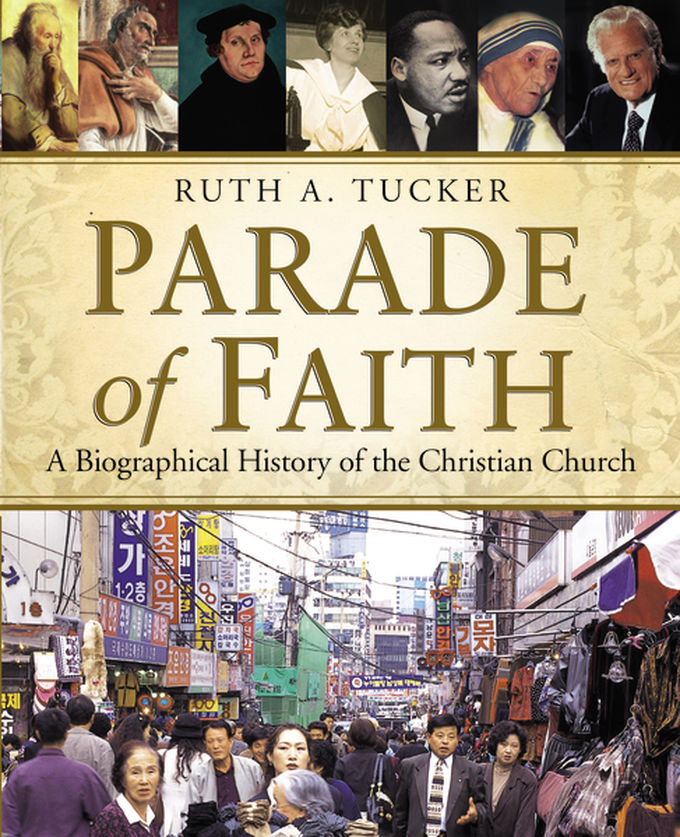 Part storybook, part textbook, part historical overview, Parade of Faith presents the history of Christianity in riveting fashion. Ruth Tucker adopts the metaphor of a parade, journey, or pilgrimage to explore the history of Christianity, which began as the Messiah marched out of the pages of the Old Testament and will end one day when “the saints go marching in” to the New Jerusalem. The book is divided into two chronological groupings: first, the advent of Christianity until the German and Swiss Reformations; second, the Anabaptist movement and Catholic Reformation until the present-day worldwide expansion of the church. Yet, ultimately the topic matter is not movements, dates, or a stream of facts, but instead people—people who still have stories to tell other Christians. And with a little help from clues to their own contexts, they can still speak clearly today. This book is laid out systematically to showcase the biographies of such prominent figures within their historical settings. The pages are peppered with sidebars, historical “what if” questions, explorations of relevant topics for today, personal reflections, illustrations, and lists for further reading. Parade of Faith is an excellent introduction for undergraduate students and interested lay readers.

Ruth A. Tucker (PhD, Northern Illinois University) has taught mission studies and church history at Trinity Evangelical Divinity School and Calvin Theological Seminary. She is the author of dozens of articles and eighteen books, including the award-winning From Jerusalem to Irian Jaya. Visit her website at www.RuthTucker.com.