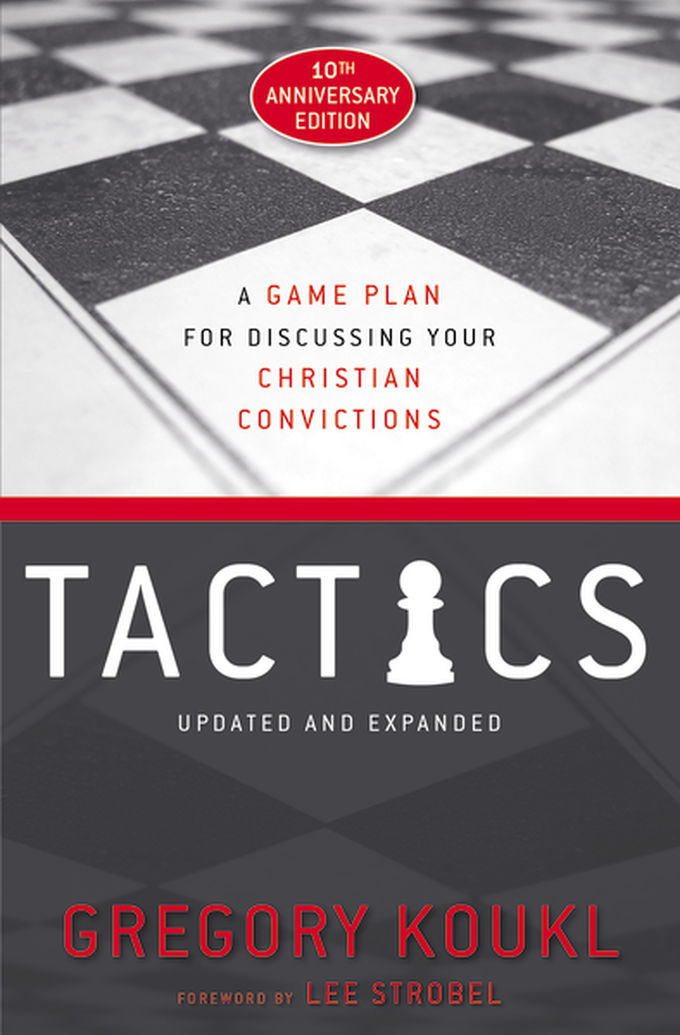 This expanded anniversary edition includes updates and expansions of existing tactics, as well as the addition of an all-new tactic and a chapter on Mini Tactics filled with simple maneuvers to aid in discussions.

In a world increasingly indifferent to Christian truth, followers of Christ need to be equipped to communicate with those who do not speak their language or accept their source of authority. In Tactics, 10th Anniversary Edition, Gregory Koukl demonstrates how to artfully regain control of conversations, keeping them moving forward in constructive ways through thoughtful diplomacy. You'll learn how to stop challengers in their tracks and how to turn the tables on questions or provocative statements. Most important, you'll learn how to get people thinking about Jesus. Tactics provides the game plan for communicating the compelling truth about Christianity with confidence and grace.

Drawing on extensive experience defending Christianity in the public square, Koukl shows readers how to:

Gregory Koukl holds MA degrees in both apologetics and philosophy. He’s spoken on over 70 university campuses and hosted his own radio talk show for 27 years defending "Christianity worth thinking about." Greg is founder and president of Stand to Reason (str.org) and serves as adjunct professor of Christian apologetics at Biola University.