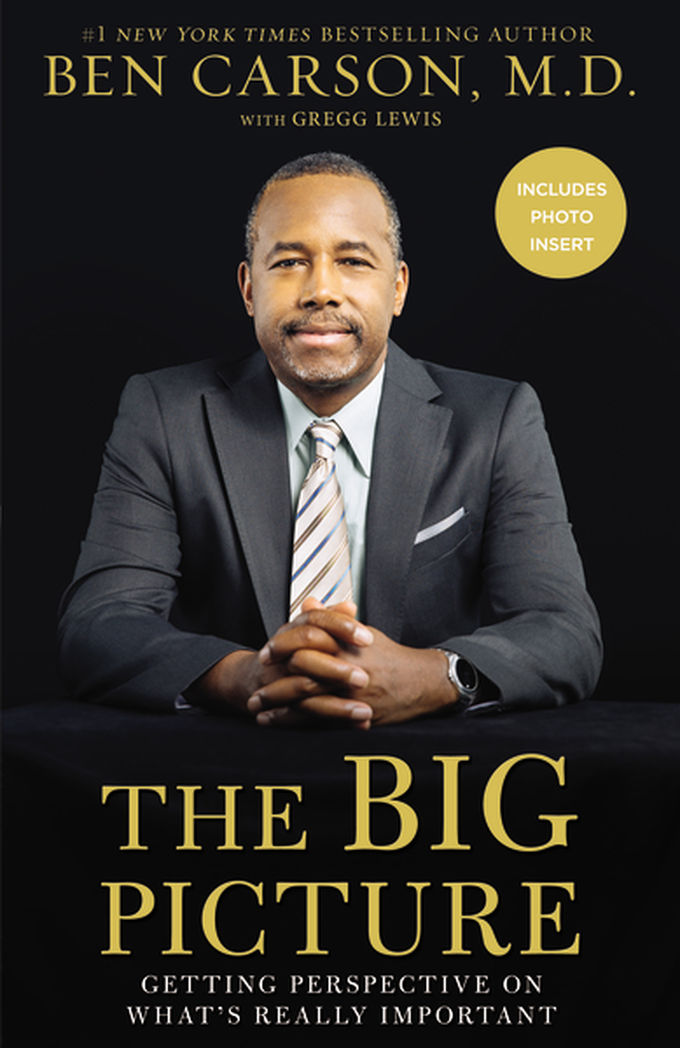 Dr. Ben Carson is known as the originator of ground-breaking surgical procedures, a doctor who turns impossible hopes into joyous realities. He is also known as a compassionate humanitarian who reaches beyond corporate boardrooms to touch the lives of inner-city kids.

Where does this drive and focus come from? The Big Picture. A vision of something truly worth living for, something that calls forth the best of his amazing talents, energy, and focus.

In The Big Picture, Dr. Carson shares with you the philosophy that has shaped his life, causing him to rise from failure to far-reaching influence.

This book is not about HOW to succeed--it's about WHY to succeed. It's about broadening your perspectives. It's about finding a vision for your own life that can reframe your priorities, energize your efforts, and inspire you to change the world around you.

Dr. Benjamin S. Carson, Sr., M.D., became the chief of pediatric neurosurgery at Johns Hopkins Hospital in 1984 at the age of 33, making him the youngest major division director in the hospital's history. He has written and published nine books, four of which were co-authored with Candy, his wife of 40 years. Dr. Carson was the recipient of the 2006 Spingarn Medal. In June 2008, he was awarded the Presidential Medal of Freedom. U.S. News Media Group and Harvard's Center for Public Leadership recognized Dr. Carson as one of "America's Best Leaders" in 2008. In 2014, the Gallup Organization, in their annual survey, named Dr. Carson as one of the 10 Most Admired Men in the World.

Dr. Carson and his wife are co-founders of the Carson Scholars Fund, which recognizes young people of all backgrounds for exceptional academic and humanitarian accomplishments. In addition, Dr. Carson is now the Honorary National Chairman of the My Faith Votes campaign and continues to work tirelessly for the cause of the American people.