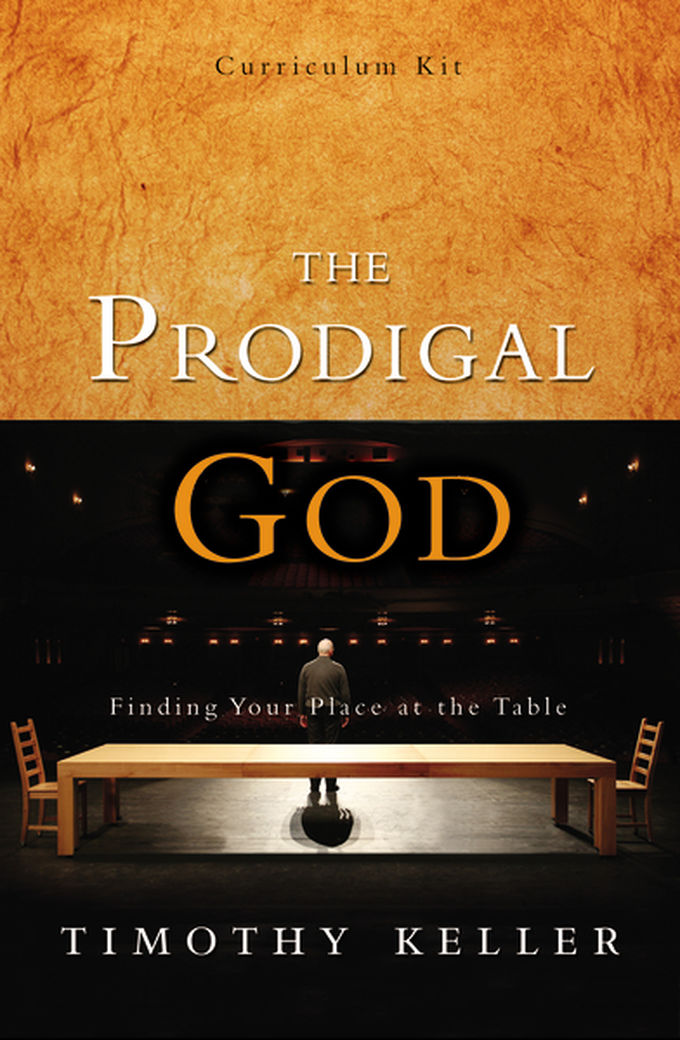 The Prodigal God Curriculum kit contains everything that your church needs to experience a four or six week preaching and small group campaign. In this compelling six-session DVD study, pastor and best selling author Tim Keller presents a new way of looking at this well known parable. Where most teaching focuses just on the younger “wayward” son, Dr. Keller challenges us to consider both the role of the elder brother and the father as well. Even Jesus began his parable with “a man had two sons” so, you see, the story is not just about the younger son who leaves home and squanders his inheritance before eventually returning home. The story is as much about the elder brother as the younger, and as much about the father as the sons. To this end, Dr. Keller contends that the story might better be called “Two Lost Sons.” In six sessions your group will explore the prodigal who spent until he had nothing left, the self righteous and offended elder son, and the father who forgave with reckless abandon. And in it all, your group will learn the love of the Heavenly Father who lavishes his love upon his children and welcomes us back into his loving arms.Session titles include the following: The Parable The People Around Jesus The Two Lost Sons The Elder BrotherThe True Elder Brother The Feast of the FatherThe kit contains one (1) each of the following: 0310325358 The Prodigal God DVD, 0310325366 The Prodigal God Discussion Guide, 0310320771 “Getting Started Guide”, and 0310320763 The Prodigal God Curriculum Kit Box.

Timothy Keller is the founder and senior pastor of Redeemer Presbyterian Church in New York City, and the New York Times bestselling author of The Reason for God and The Prodigal God. He has also mentored young urban church planters and pastors in New York and other cities through Redeemer City to City, which has helped launch over 200 churches in 35 global cities to date.

‘Explain, explode, expose, explore–all of these Jesus did by telling the parable of the prodigal son. In this book, Timothy Keller shows us something of how this story actually reveals the heart of God, and, if we read it carefully, our own hearts. This brief exposition is unsettling and surprisingly satisfying. Like seeing something as familiar as your own home, or your own self, with new eyes. Enjoy and profit.’ – Mark Dever

“In The Prodigal God, Timothy Keller has given us a clear description of the power of the gospel for those inside and outside the church. With profound insight Keller shows us why the religious and irreligious alike need to be recreated into someone new. You will be surprised to see Jesus through a fresh lens that challenges many traditional assumptions of what God is like. This is a book that will shape lives for many years to come.” – Dr. Rick McKinley